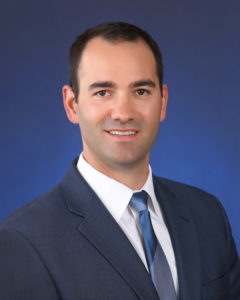 Taylor is Area Vice President of Leasing for Weingarten Realty. In this capacity, he manages 28 properties throughout California and the Pacific Northwest consisting of more than 3.8 million square feet. Taylor’s responsibilities include anchor and shop leasing as well as actively involved with acquisition, development, redevelopment and disposition efforts.

Taylor joined Weingarten in 2009 as a Leasing Executive in Phoenix where he was a consistent top producer and has been promoted to various leasing and management positions within the company. Prior to joining Weingarten, Taylor was Senior Associate of Leasing at Barclay Group in Phoenix. He graduated from Kansas University with a bachelor’s degree in economics and holds real estate licenses in California, Arizona and Colorado. He has been an active member of International Council of Shopping Centers (ICSC) since 2005.