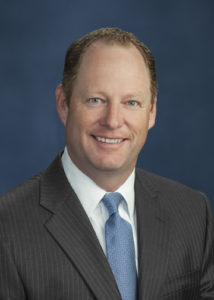 Gerald Crump is the Senior Vice President, Director Central Region for Weingarten Realty. His current responsibilities include over 8.4 million square feet comprising of more than 58 neighborhood and community retail shopping centers in Weingarten’s Central Region. He is actively involved in the existing asset portfolio as well as anchor tenant leasing, new developments, redevelopments, acquisitions and disposition efforts. As a result, he is well versed in mixed use and urban development as well as more traditional shopping center leasing, management and redevelopment.

Gerald joined Weingarten Realty Investors in February 1999, as a Financial Analyst. He subsequently moved into the Retail Leasing Group as a Leasing Executive in May 2000, where he maintained the Top Producer status for several years running. He was promoted to the Vice President of Leasing in 2007 before taking on his current role.

Prior to joining Weingarten Realty, Gerald was in the Mergers and Acquisitions Group with Kelsey Seybold/Medpartners. He is a native Houstonian and received his Bachelors of Science Degree in Accounting from Stephen F. Austin University. He is also an active member of the International Council of Shopping Centers (ICSC). Gerald currently serves as a board member on the Harris County Improvement District #1 /Uptown District Board and previously served six years as a board member with The Houston Community ToolBank.