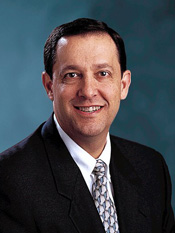 Mr. Alexander graduated from the University of Texas (Austin) with highest honors majoring in real estate. Drew joined WRI in 1978 as a Leasing Executive in the Retail Division. He held various positions at WRI, including being named President in 1997, was appointed Chief Executive Officer in 2001, and was elected to his current position Chairman of the Board of Trust Managers, President and Chief Executive Officer in 2019.

Mr. Alexander is active in a number of civic and charitable organizations. He serves as a director of The Gladney Fund, The Endowment Board of the Houston Food Bank, and The Real Estate Center at the University of Houston. Further, he is on the advisory board of the Texas Medical Center. Mr. Alexander previously served on a number of Boards including Houston Food Bank, Houston Achievement Place, The Gladney Center, Rebuilding Together Houston, United Way of the Texas Gulf Coast, The Texas Medical Center, The Greater Houston Partnership, Charter Bancshares, Academy Sports & Outdoors and Susser Holdings Corp. Additionally, he is a past member of several committees at Congregation Emanu El and the Jewish Federation of Greater Houston. Further, Mr. Alexander is a trustee and past chairman of the International Council of Shopping Centers and past trustee of the Advisory Board of Governors of the National Association of Real Estate Investment Trusts.