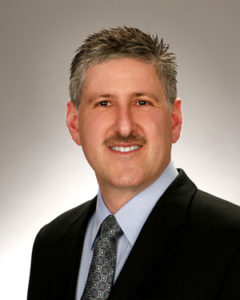 Lee Brody is Senior Vice President and Director of the Mid-Atlantic Region. Based at the Atlanta, Georgia, regional office, he is responsible for a portfolio of centers located in the states of Georgia, Kentucky, Tennessee, North Carolina, Virginia and Maryland. Lee is personally involved in asset management, anchor tenant leasing, acquisitions, dispositions, redevelopment and new development activities within this area.

Lee joined Weingarten in 2007 as an Associate Director of Leasing in Atlanta, was promoted to Vice President in 2010, Director Mid-Atlantic Region in May, 2013 and Senior Vice President in 2016. Prior to joining Weingarten, Lee was employed by Ramco-Gershenson Properties Trust (now known as RPT Realty) in Farmington Hills, Michigan in various roles including Director of Mid Box Leasing and Redevelopment. Lee has been a member of ICSC since 1998 and is an active participant of the organization. Since 1998, Lee has held the ICSC designation of CLS (Certified Leasing Specialist).

Lee graduated from Eastern Michigan University having earned a Bachelor’s in Business Administration degree in Real Estate and subsequently obtained a Master’s Degree in the Science of Finance from Walsh College in Troy, Michigan.