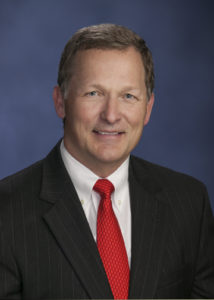 Johnny Hendrix is Executive Vice President and Chief Operating Officer of Weingarten Realty. He is responsible for all operations and growth of the Company’s retail portfolio and oversees the company’s Leasing, Legal, Acquisitions and Property Management functions.

Prior to joining Weingarten, he was Vice President of Leasing for Gilliam Interest, and was a broker with Henry S. Miller in Houston. Johnny has over 30 years in the shopping center industry and brings experience, integrity and depth of knowledge to our business.

Johnny is a native Houstonian and received his BBA from the University of Texas in 1980. He is also a graduate of The Advanced Management Program at Harvard Business School. He is an active member in several professional organizations, including the International Council of Shopping Centers (ICSC), the National Association of Real Estate Investment Trusts (NAREIT).